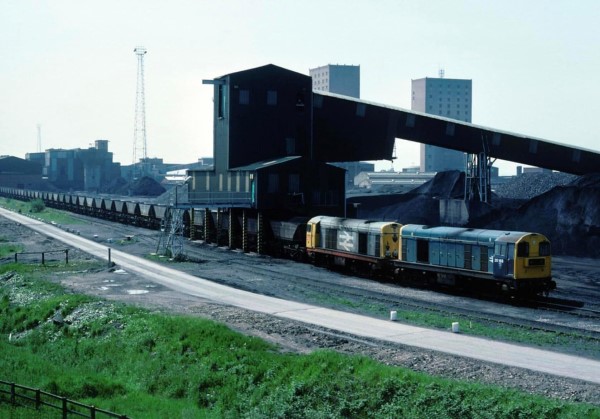 A train at the former Parkside Colliery

St Helens Borough and the Liverpool City Region have joined a national Government competition to become the home of the Great British Railway HQ.

The Government intends for the HQ of Great British Railways (GBR) to be based outside of London to support their economic ‘levelling up’ agenda.

Now St Helens Borough Council and the Liverpool City Region Combined Authority (LCRCA) are leading the bid and have submitted an expression of interest to the government to host the HQ at Parkside in Newton-le-Willows.

“We’re bidding to bring a hugely important new rail headquarters to St Helens Borough,” said Council Leader David Baines, “If we’re successful the Great British Railway HQ would bring significant numbers of jobs, investment and economic growth as staff relocate and other businesses look to locate nearby, bring potential wider opportunities that will not just benefit St Helens but the wider Liverpool City Region and the North West as a whole.

“While many places claim to be the home of the railway, there can be no denying our borough really does hold that title. It was the birthplace of Stephenson’s Rocket, saw the very first modern passenger railway with the opening of the Liverpool Manchester Railway in 1830 and the first railway viaduct in the world at Sankey Valley. But ​it’s not just our history that makes St Helens a first-class choice. Parkside is poised to become one of the most strategically important employment sites in the North West and lies at the heart of the City Region’s Freeport plans, with the site forming the largest Freeport Tax Site.

“Parkside has also got great connectivity – located directly on the M6 Growth Corridor, on the West Coast Mainline and Trans-Pennine railway, connected to major cities across the country, and with a nationally significant Strategic Rail Freight Interchange planned for Parkside East, as well as an available and highly skilled workforce, the site has to be a really strong contender for the location. I think it’s also a show of strength that the City Region is working together to support this site as our preferred location, and I want to thank Mayor Steve Rotheram for his support.”

How will the new HQ be chosen?

Government will now draw up a shortlist, to be announced in May, before a public vote will be held to give people the opportunity to show their support for their preferred location.

The national headquarters of the GBR is expected to be home to corporate functions, a number of network-wide capabilities and meeting and collaboration spaces that will enable people from across the region and industry to come together.  Other towns and cities around the country set to take part in the bidding process include Crewe, York, Doncaster and Preston, among others.

A region with a fascinating railway history

As well as St Helens, the Liverpool City Region also has a strong claim to many historic firsts in railway developments, not least the first passenger train line which was used as a the standard for others worldwide, but also is home to the world’s oldest continuously used station at Edge Hill, the world’s oldest continuously used terminus station at Liverpool Lime Street and also saw the last passenger steam train locomotive service run by then British Rail among many other firsts.

The region also plays an integral role in current railway infrastructure with a strong rail industry cluster of organisations based in the area including Alstom, Stadler, Northern, Rock Rail & Road, RS Clare and Unipart Dorman.

“St Helens has been at the vanguard of rail innovation for almost two centuries, which has not only been a massive driver for investment into our region but has helped to create thousands of highly-skilled jobs and opportunities for our local workforce.

“Such a rich heritage, married with an engaged, highly skilled talent pool on its doorstep, and excellent connectivity only strengthens St Helens’ rightful claim as the engine that fuelled the UK’s modern railway.”

“Having contributed so much to the city region – and the country’s – economic fortunes, and with so much potential still to unlock, I can think of nowhere better to become the new home of the Great British Railway HQ.”

Everyone should get behind Newton-le-Willows’ bid

As part of the developing bid the council and the LCRCA will be contacting key organisation and businesses across the region to gain support and backing for the plans.  A successful bid as well has having a rich railway heritage, good connectivity, and value for money, must also be able to demonstrate public support and people across the region will be encouraged to back the bid.

Cllr Seve Gomez-Aspron, Deputy Leader of St Helens Borough Council and ward councillor for Newton-le-Willows said, “Newton-le-Willows is the point in history where the railway as we now know it was formed in the crucible of industrial revolution. Sankey viaduct, The Vulcan works, opened by the Stephenson family in 1830, built and exported over 6500 locomotives nationally and internationally. The Viaduct Works in Earlestown was the UK’s biggest wagon works.

“McQuorquodales printers printed the timetables for British Railways, motorail was based at Newton Station, and the last steam Loco on the mainline in 1968 was hauled by a Vulcan build Black 5 locomotive. Earlestown was built to house workers for the Viaduct works. We built the biggest, most powerful locomotives ever seen, many of which still run on the network, heritage railways and in various museum such as the NRM in York. The oldest Loco on every continent was built in Newton-le-Willows.

“But railway also has a place in our future, and this bid is a fantastic way of recognising that. It’s great news that the bid has the backing of our city region, MP, Council and local councillors.  Parkside is the perfect site for this, next to our newly rebuilt train station and I look forward to our bid progressing, hopefully to success!”