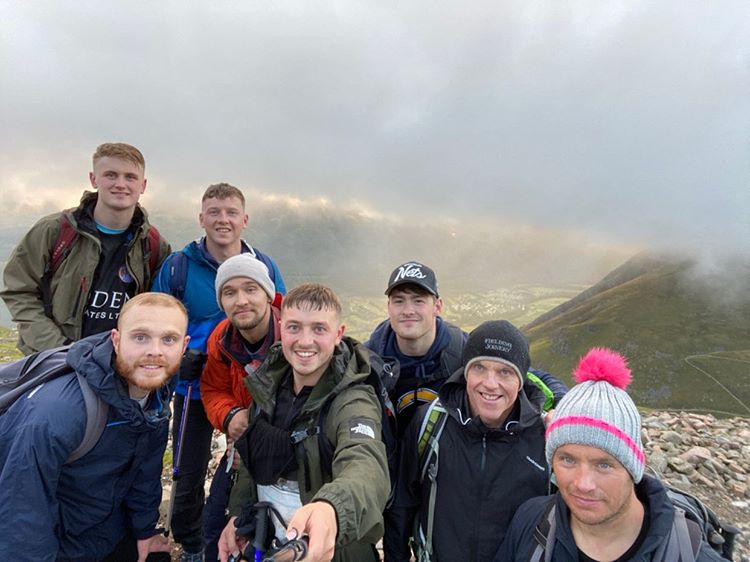 Climbers conquer three peaks to raise £3,000 in memory of a friend

A group of friends who took on an epic challenge to raise money for causes close to their hearts managed to triple their fundraising target – and climb three mountains in well under 24 hours!

The friends, who include Clayton McDermott from Newton-le-Willows and Evan Taylor from Lowton, decided they were not only going to complete the gruelling ‘Three Peaks’ challenge – but they would do it all in just two days!

The group, many of whom went to school at either Golborne High or Lowton High, first headed up Ben Nevis, then travelled through the night to tackle Scarfell Pike in the early hours of the morning. Last up was Snowdon, with the friends making it to the top by early evening on day 2. In all, they took just 22 hours and 30 minutes to complete the climbs – and that includes travelling time! 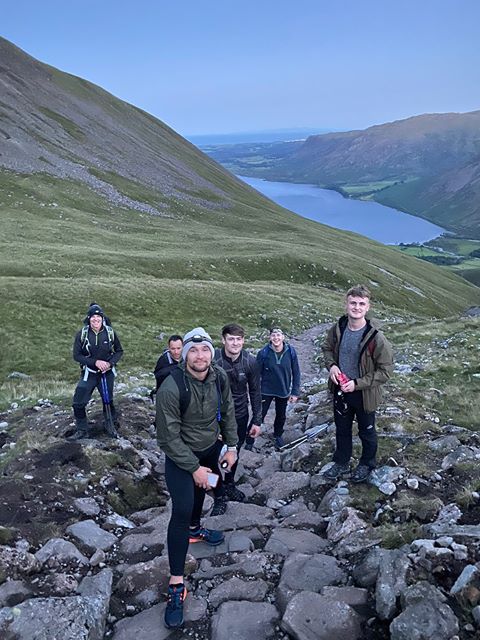 “Ben Nevis was probably the hardest part,” Clayton said. “Getting out of the van in the rain and really dull cloud – morale dropped slightly and it was hard to keep motivated. Altitude made breathing difficult at the top but we didn’t let that get the better of us and we got up and down in 4 hours.

“Scafell was brilliant timing as we caught the sunrise coming round hollow stones onto the home straight. We all took a moment and just looked across the landscape.

“By the time we got to Snowdon we were all very excited and motivated. The weather was great, maybe a little too hot. We even got a couple of donations as we were climbing. We all felt our legs struggle in the latter part of the climb but again, adrenaline got us through and we smashed it out the park!” 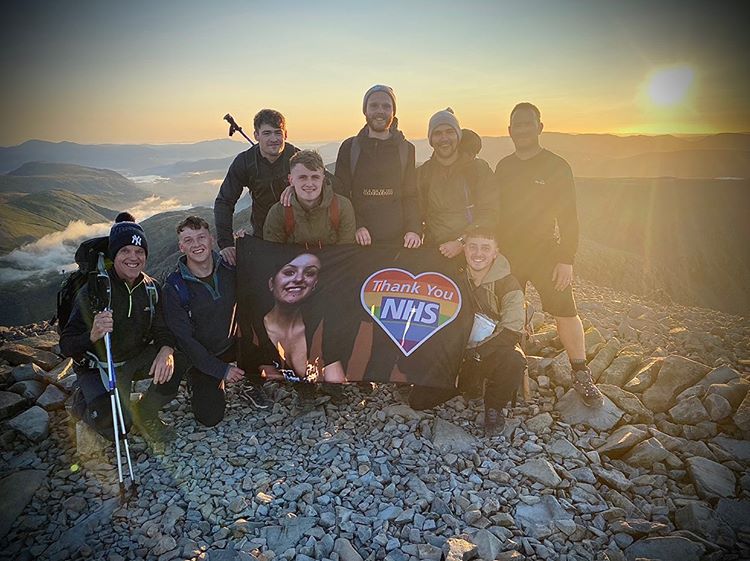 Joining Clayton and Evan on the walk were Craig Woods and Joe Singleton from Lowton; Marc Harrison and Danny Dainty from Wigan, David McDermott and Kieron Twist from Newton-le-Willows. All had trained for 12 months in preparation for the challenge.

The group were helped by pals Chloe Pendlebury from Lowton and Charlotte Holmes from Liverpool, who drove the party from one peak to the next.

The motivation for the climbs was to raise money in memory of their friend Leah Davies. They aimed to raise £1,000 but so far have almost tripled that target with more than £2,948.65 donated. 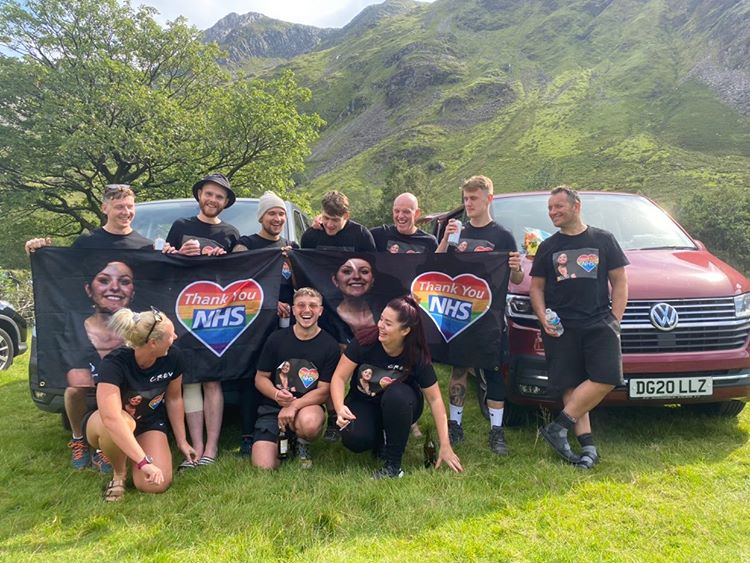 The money will be split between the charity NHS Together and the brain and spine hospital, The Walton Centre, who cared for Leigh eight years ago before she sadly passed away in August 2012. Friends of Leah, like this group of climbers, have been keeping her memory alive ever since through the Love Leah Appeal, which has raised thousands for the Walton Centre.

Clayton said: “We came down Snowdon in our Love Leah and NHS t-shirts on and random people where clapping us in and gave us a cheer, which was one of my favourite moments personally. We all camped out afterwards and celebrated with a few beers and a bbq.”

Sounds like those beers were very well deserved! A huge well done to all the climbers.