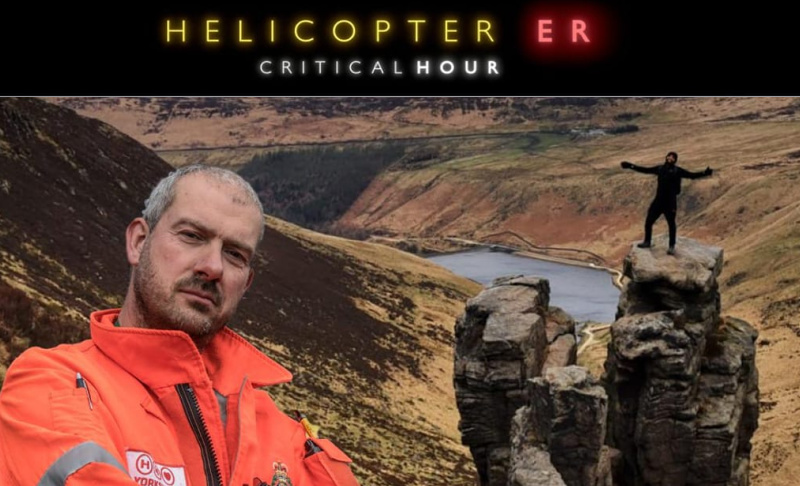 Imran Choudhury nearly died after falling 300ft down a rocky ravine whilst out walking in February.

The dramatic real life story of a Newton man who had to be rescued after falling whilst walking in the Peak District will be played out on TV next week.

Imran Choudhury plunged 300ft down a rocky ravine, breaking almost every bone in his body. He spent two months in hospital after the accident, which took place in February this year.

Imran, who used to run the Pink Pearl restaurant in Newton-le-Willows, says it was a chance encounter with strangers which saved his life. Just a few moments before his fall, he’d asked a group of passing walkers to take a photograph of him when he reached the Trinnacle landmark in the hills above Saddleworth Moor.

It meant the group noticed him and when he fell, they were still close enough to hear his cries and get help. It took 18 mountain rescue workers and the air ambulance to get Imran to safety, and back on the long road to recovery.

Imran himself had no idea of all that had happened until he woke up in a hospital bed one month later.

Now his ordeal – and heroic rescue – is to be the subject of a one hour special episode of ‘Helicopter ER’, which will air at 10pm on Tuesday, 31 August on the ‘Really’ channel which is available on Freeview, Sky and Virgin.

The programme follows the dramatic mountain rescue – one of the most difficult ever carried out by the Yorkshire Air Ambulance team. The story is told through the personal testimony of the doctors, paramedics and members of the public who fought to save Imran’s life.