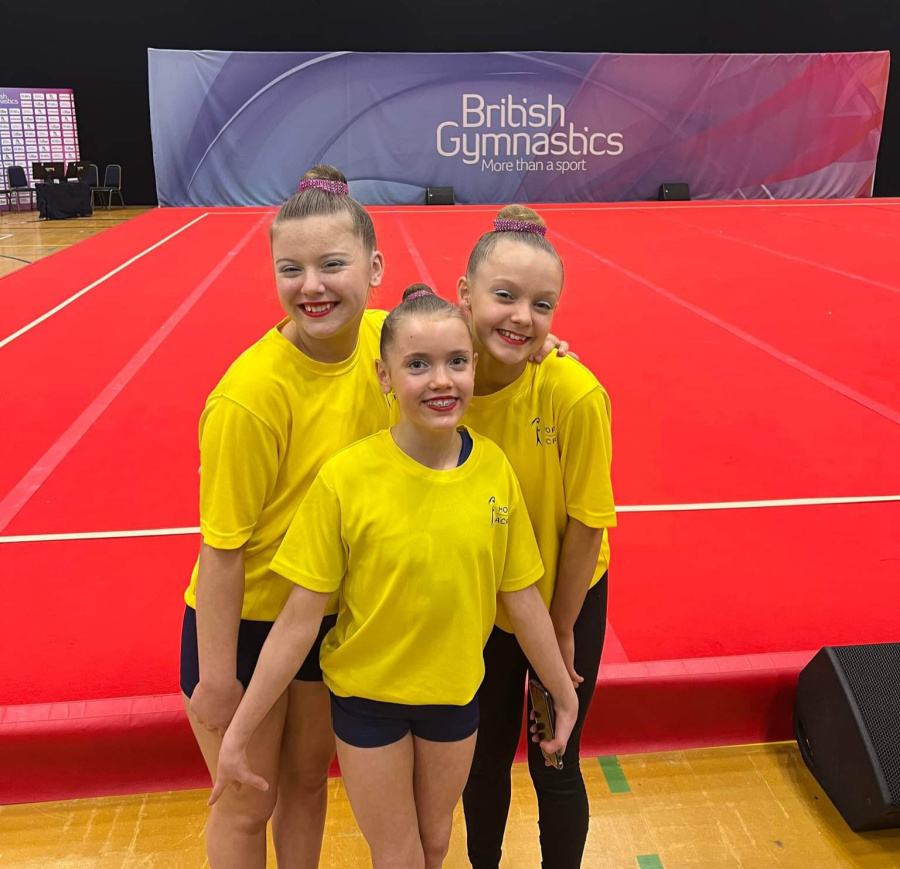 A brillliant Balance routine full of poise and control saw them top the standings after the first round, but only marginally ahead of their closest rivals from Bristol’s King Edmund Acro Gym and London’s Bromley Valley Gymnastic Centre.

The breathtaking Dynamic routine of the second round saw Kerboas, Guerin and Green retain first place with a total score of 49.87, but with their nearest challengers still to take to the floor.

By the time of the final routine from King Edmund’s, the girls had one hand on the gold medal. The drama was yet to unfold. A sensational routine from the Bristol trio left the crowd holding their breaths as they waited for the scores to come in.

There were joyous scenes as a total score of 49.86 was displayed, meaning the Hope Acro trio had held on to win by 0.01, the narrowest of margins. 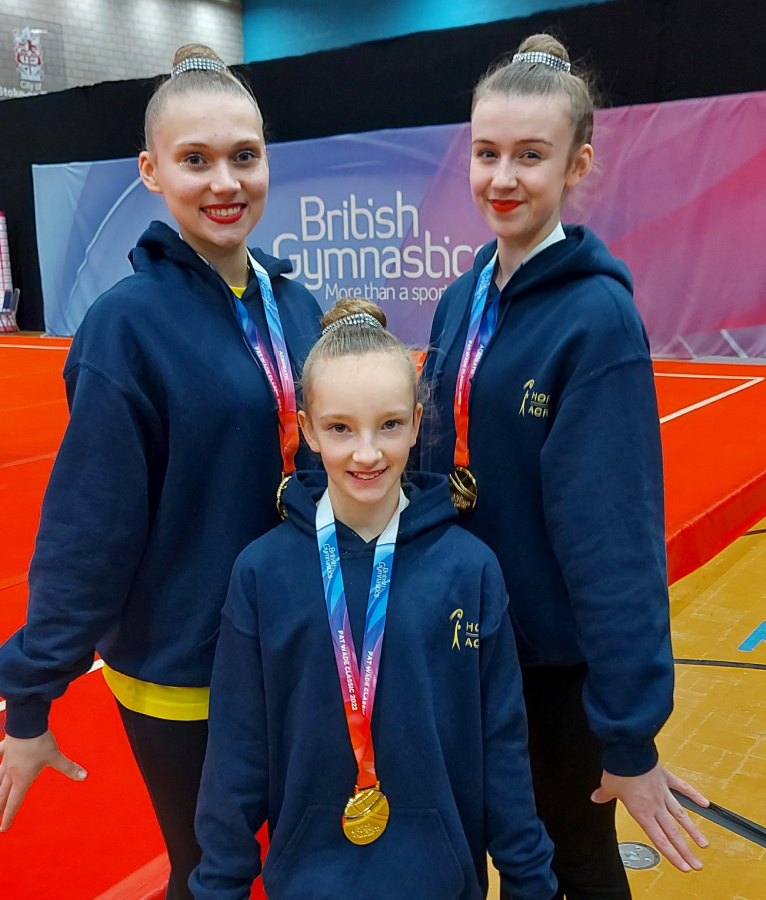 Earlier in the day, Mia Ellison, Madi Corless and Ava Earley had taken to the floor in the Youth Women’s Group Category. Their flamboyant Combined Dynamic/Balance routine, set to ‘Fat Sam’s Grand Slam’ from the musical ‘Bugsy Malone’, never fails to light up the arena with their high energy, fun-loving performances and this was no exception. Their score of 25.43 was enough to see them take second place, but with lots of partnerships to follow it was a nervous wait to see if they could hang on for a medal.

Nobody could come close until the final routine from their Wakefield Gymnastic Club rivals pipped them to claim the silver medal at the death. Still, it was a fantastic Bronze for Ellison, Corless and Earley and a great day for Hope Acro in their first appearance at the Pat Wade Classic.

Next up for Hope Acro is a trip to Bristol for the King Edmund Acro Cup where the entire Elite Squad will compete with hopes high for another successful medal haul.

Due to unprecedented demand, Hope Acro have added extra classes for Beginners, and have a limited number of squad places. Interested parties can visit their Facebook page, or email hopeacro@gmail.com for information on starting your child’s gymnastic journey with Hope.