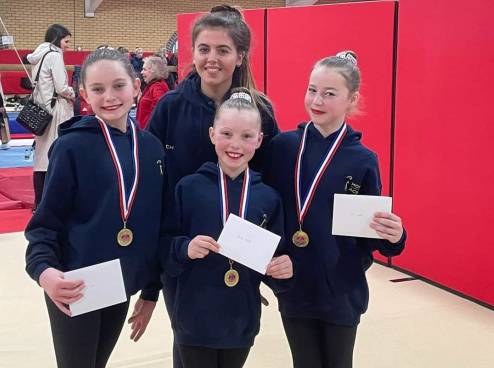 Newton-le-Willows based Hope Acro made the short trip to Northwich to compete at the North West Prelims last month.

Gymnasts from across the region hoped to emerge North West champions and qualify to compete at the British NDP Finals in May. Despite only being in existence for under a year, Hope dominated the medals on a stunnning day of action.

It was a sensational start for Hope as current British Champions in the Grade 3 Women’s Group category, Isobel Stirrup, Ellie-Rose Fenney and Lola Sitko took the first step towards defending their title. Under huge pressure as reigning champions, they once again proved a class above their rivals. A phenomenal score of 27. 55 in their routine saw them become Hope’s second North West champions of the day. Their victory was made even sweeter as they shared the podium with clubmates Jessica Lancaster, Alysha Ward and Libby Williams who performed beautifully to win the silver medal. 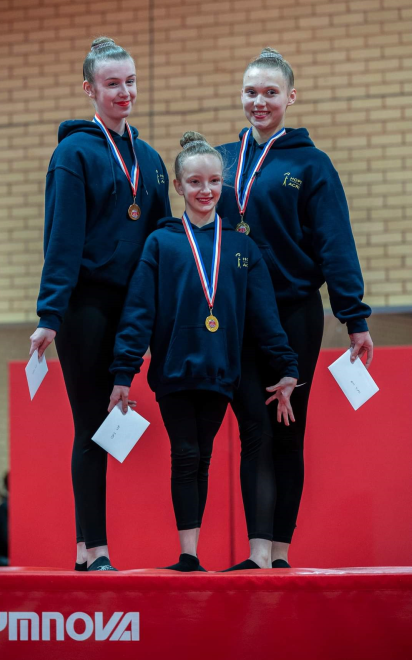 Last year’s British Silver Medalists in the IDP1 Women’s Group category, Charlotte Kerboas, Hannah Guerin and Emma Green, stepped up in class to the IDP2 category. . The girls produced flawless performances in their two routines to post a huge score of 50.9 to secure the gold medal. It will be a huge weekend at the British Finals for the trip as they aim to become British Champions in Charlotte Kerboas’ swansong with Hope before she moves away to study at university.

The second trio of British Champions from Hope, Eva Barron, Eva Booth and Daisy Kay showed nerves of steel in the Grade 2 Women’s Group category to repeat their 2021 gold and earn the chance to defend their national title. It was another stylish performance from the promising youngsters and hopes are high that they can retain their British title in May.

There were great scenes among the Hope contingent in the arena at the end of the day as Holly Williams, Darcey Cassidy and Rosie Kay became the club’s fourth North West Champions. After the three defending champions had earlier retained their titles, the trio joined their decorated club mates and booked their tickets to the British Finals with a thrilling routine in the Grade 4 Women’s Group. It was a great achievement for the relatively new partnership and after recent successes, they will head to the national finals with every chance of a medal. And it was another one-two for Hope in the category with Betty Prescott, Lyla-Grace Bell and Lois Preston pushing their clubmates all the way and eventually taking silver. 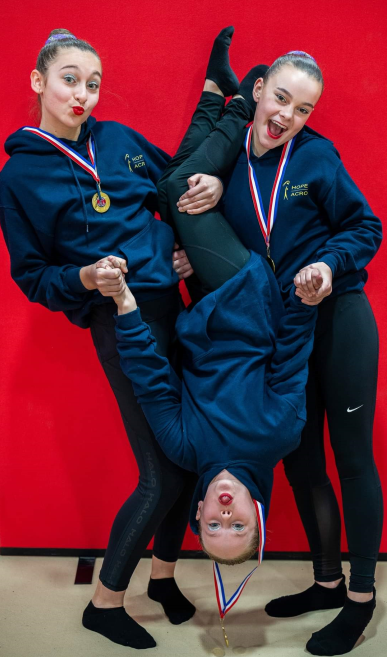 Isobel Stirrup, Lola Sitko and Elli-Rose Fenney celebrate the only way they know how.

There were also silver medals for Millie Ellison and Isla Cook in the IDP1 Women’s Pair in Ellison’s last competition before moving on to a career in the Police Force and bronze medals for Megan Wilde, Bethany Masson and Jessica Bithell who produced a fine showing in their first competition at this level. In the Grade 2 Women’s Pair, Hattie Lloyd and Alice Pownall completed the huge haul of medals for Hope with a hard-earned silver in a highly competitive category.

The gold medallists and North West champions will now prepare to face their rival regional champions in Stoke-on-Trent on the 14th and 15th of May.

Can you help Hope Acro find a new home to train?

Hope Acro is currently on the look for new, permannt premises where its gymnasts can train. Itrecently appealed to the local community for informationabout possible available premises to let or purchase in the local area, after struggling to find anywhere suitable.

Anyone able to provide information is encouraged to contact the club at hopeacro@gmail.com or to message via the club’s Facebook page – Hope Acrobatic Gymnastics Club. 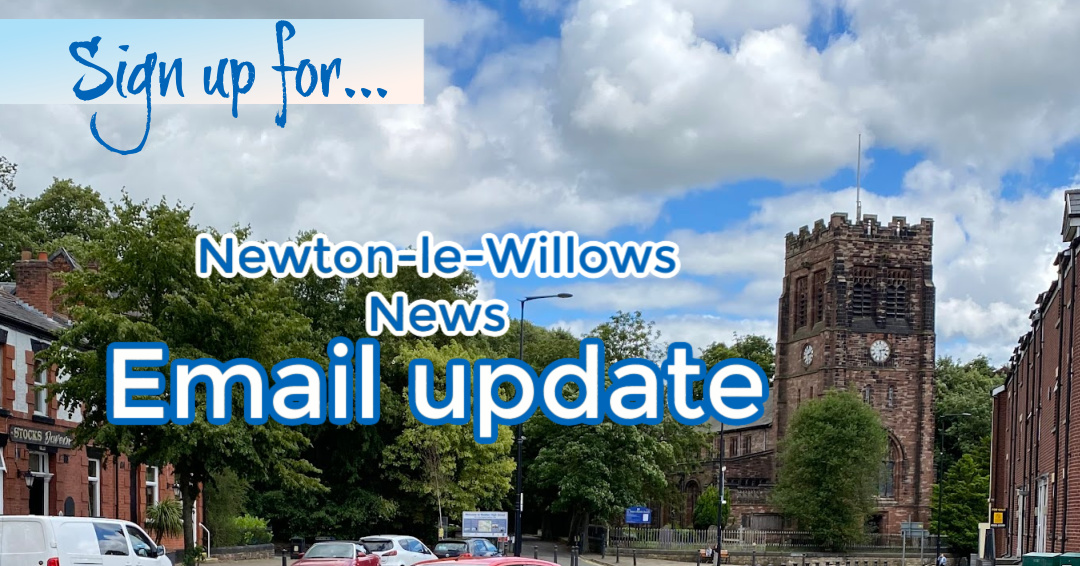