Five inspirational young people from Newton-le-Willows and Lowton have been nominated as Rotary’s Young Citizen of the Year in recognition of their work helping others.

After a challenging year, Rotary Newton-le-Willows said they were ‘overwhelmed’ with nominations, each with stories of young people wanting to do something positive to help their communities and each other during the pandemic.

Whittling the shortlist down to just five young people was a tough task – but the judges decisions have been made and now the five chosen candidates will represent our area in the national Rotary Young Citizen Awards in May.

The Newton-le-Willows Young Citizens for 2021 are: 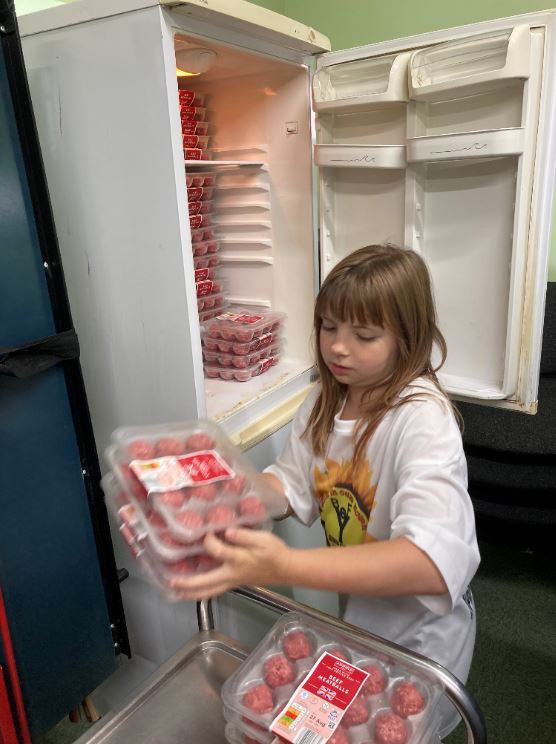 Zoe Copson, 11, is a “tireless” volunteer for Business for Youth in Newton-le-Willows. Over the past year she’s been a key part of the team packing and delivering hundreds of food parcels to the local community.

“Her enthusiasm to help is extremely impressive – I have rarely seen any child as happy, through working and helping, and she shows an organised maturity way beyond her age.”

As well as helping with food parcels, Zoe gave up her time to work as an Elf at the group’s Christmas Grotto last year, giving out presents to disadvantaged families. She’s impressed so much that she’s now been asked to take up a role on Business for Youth’s Junior Committee. 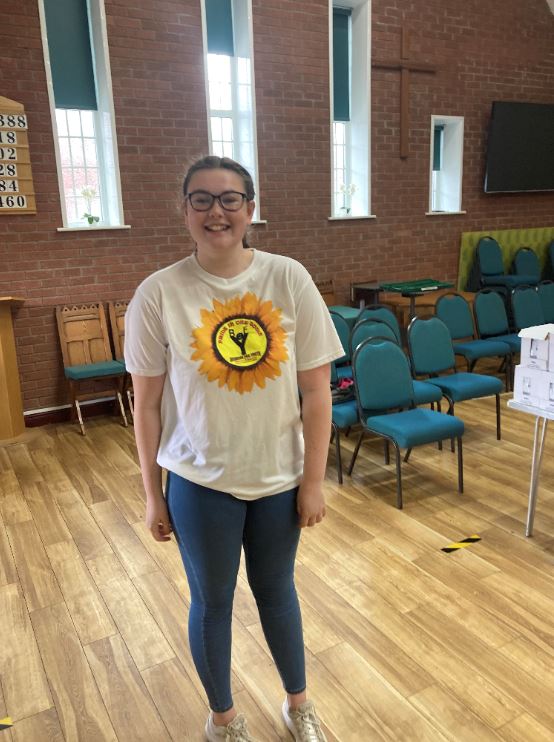 Eve Johnson volunteering for Business for Youth in Newton-le-Willows

Eve Johnson is another young volunteer with Business for Youth – in fact, she’s been doing it since she was 7. Now aged 15, Eve volunteers for every event with a smile, including working hard over the last 12 months packing and delivering food parcels.

Terry Maguire said: “At the age of 12, Eve became the first member of our Junior Committee. She is now the most senior member of that committee and leads by example, encouraging and helping the younger ones. Eve has also helped immensely throughout the past year, with packing and delivering food parcels. She is very competent with the organisation of delivery logistics and order permutations.

“Eve’s a lovely young lady with a massive future.”

Aisla Mae from Lowton was nominated because of her caring nature and fundraising to help others who need it. Just 8 years old, Aisla Mae decided to set herself the challenge of walking at least 2 miles every day in February and March to raise money for Wigan and Leigh Young Carers. In all, she walked more than 255 miles and raised a staggering £1,200, smashing her original £200 target.

Mum Leanne Parr said: “Aisla Mae knows the importance of looking out for others both physically and mentally and I’m just so proud that she’s doing such a selfless and kind thing. She always tells me that she can do anything as long as she tries.”

Two of the nominees were for the Young Citizen Sporting Hero Award. These were: 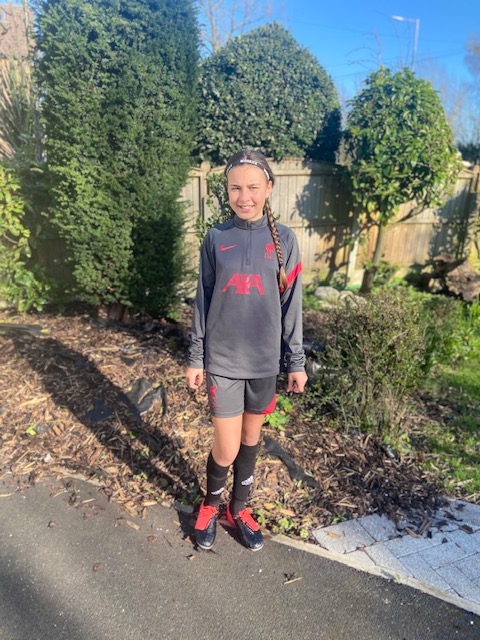 Denae, 12, is a promising young footballer who attends Hope Academy. She was recently voted in as Form Representative by her peers, as well as being the captain of the school and district football clubs. She is always encouraging other players and is a fantastic role model. Denae’s also been selected as the U12 club representative, which is an outstanding achievement. 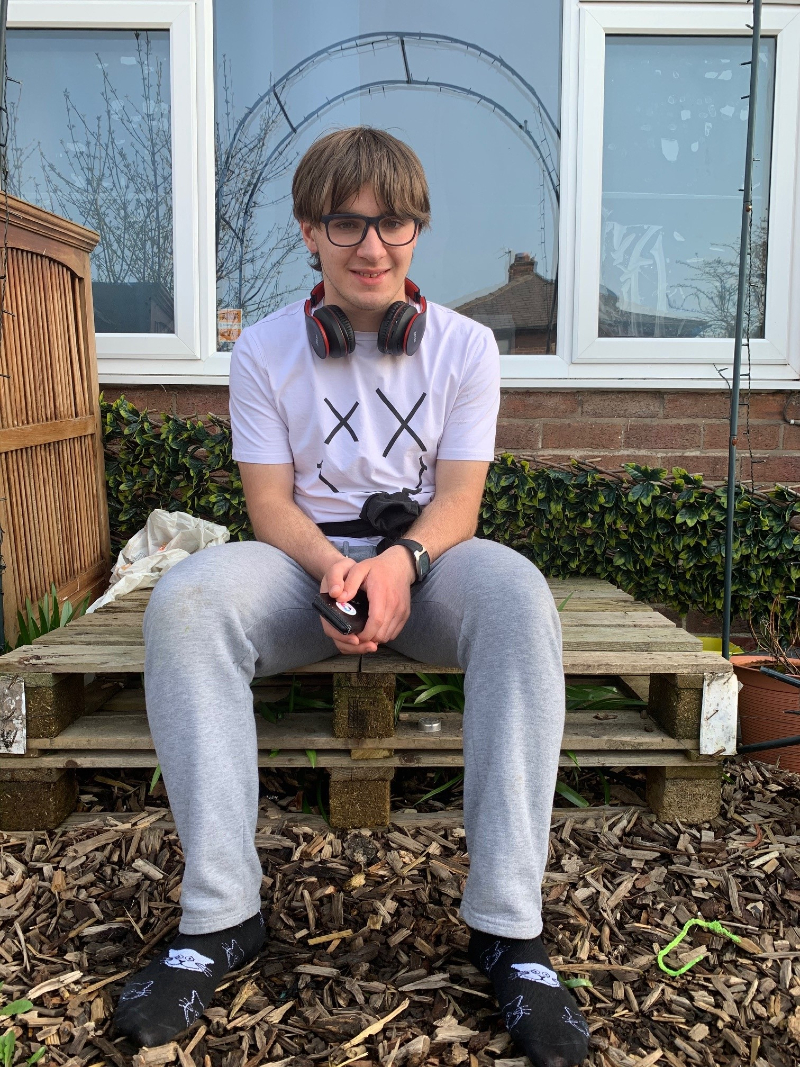 Khovan is one of the young people nominated as Newton-le-Willows Rotary Young Citizen of the Year.

Khovan attends Wargrave House & Lakeside College. Despite shielding at times, he has supported his peers and accepted new challenges. Amongst other activities he produced his own short fitness video to help staff and peers maintain their fitness during lockdown, recognising the limitations and motivators specifically for his class team.

Mum Shireen said: “Khovan has autism. Like many people, Khovan’s whole routine and life changed overnight when COVID hit. Changes of routine can be difficult for people with autism – they can cause a lot of anxiety and stress. Khovan, despite his anxieties around the changes, used resilience. He focused on fitness and sport which are his passions.

“He spent time to make a video for his peers and teachers to use during lockdown to help keep fit. He did his own charity run, raising over £200 for those in Lebanon that were affected by the explosion last year. Fitness and sports help Khovan greatly in his life and what’s lovely is he uses it to help others too.

She added: “His school and college have played a huge part in helping Khovan develop his resilience and confidence over the years. I’m so proud of him!”

A credit to our community

Geoff Shaw, President of Rotary Newton-le-Willows, said, ‘We are delighted to recognise all these young people for their incredible support for others in a difficult year. They are a credit to our local community and are truly young people of action! Rotary’s motto is “Service above Self” and these amazing nominees have clearly demonstrated how they help others – we look forward to welcoming them into Rotary in years to come!’

Fellow Rotarian Chantelle Seaborn said: ‘We were overwhelmed by the response to our call to hear about local young heroes. The stories we heard about the remarkable resilience of local youngsters amazed us, particularly given the challenging year we’ve all endured. Many teachers nominated pupils who’ve supported others, shown amazing maturing and positivity – despite some experiencing personal hardship and bereavement. Choosing just five nominees was incredibly difficult.”

The five local nominees will now go through to the Rotary International in Great Britain and Ireland Young Citizen Awards, which take place on 22 May, 2021.

The awards celebrate the achievements and commitment of inspiring young people across Britain and Ireland, showcasing and celebrating the positive citizenship and important responsibilities assumed by many young people under the age of 25.

Last year the Rotary Young Citizen Sporting Hero Award was introduced to recognise and highlight the achievements and contribution, as a positive role model to others, of a sports participant or a group or an individual or group who is enabling others to participate in sport.

The winners of the Young Citizen Awards will receive a trophy, certificate and £300 to go towards their chosen charity or project.

What inspiring young people. Good luck to you all.