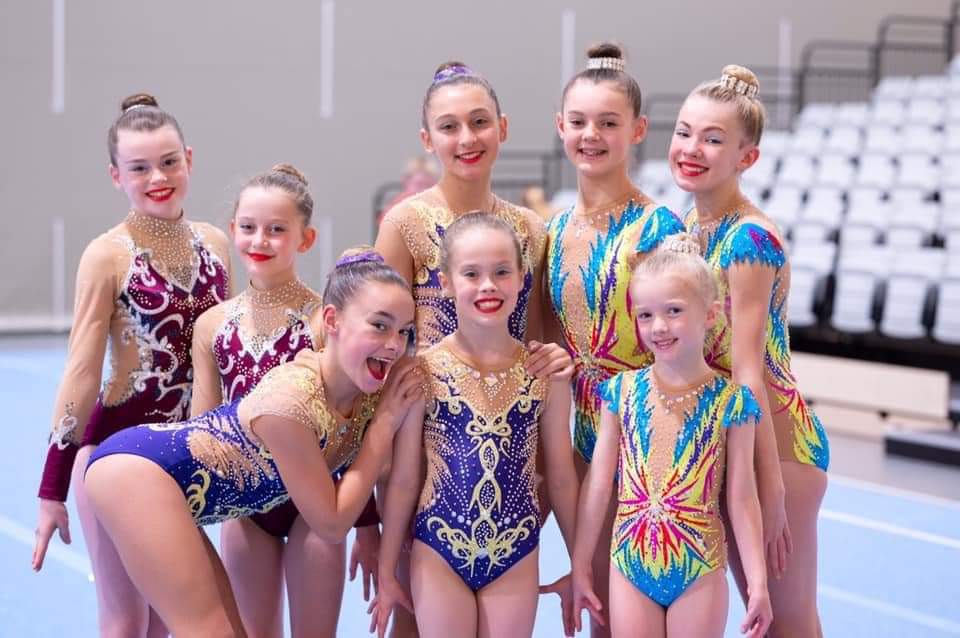 The event, which took place at Sunderland’s Stadium of Light complex, drew competitors from all corners of the UK with the added glamour of a visiting Italian squad.

Performance of the weekend came from the diminutive trio of Eva Booth, Daisy Kay and Eva Barron. Following on from their victory at the North West Prelims, their delightful routine saw them claim a well deserved gold in the Grade 2 Women’s Group category with a magnificent score of 27.6. Their sensational display was rewarded further with the Sharlene Slater Award for the highest score of the entire competition across all NDP grades, beating hundreds of gymnasts to the prize. 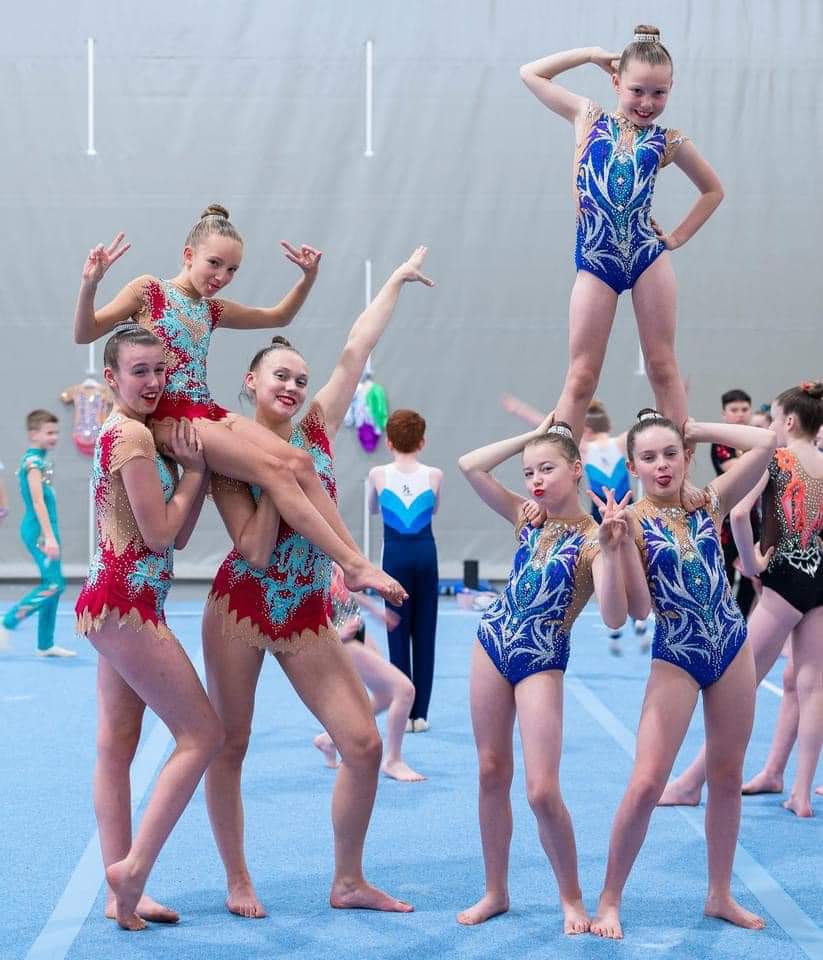 In the Grade 3 Women’s Pairs, there was another close battle as Amy Duckworth and Freya Cross produced a stunning routine to take gold by the narrowest of margins ahead of Mia Ellison and Annabelle White. It was a fine achievement by the silver medallists as Ellison was drafted in to partner White at the eleventh hour due to an injury and had only learned the routine just days before!

There was a tense battle in the Women’s IDP category. After a thrilling Dynamic routine on the first day, Charlotte Kerboas, Hannah Guerin and Emma Green held a healthy advantage at the top of the standings. Taking to the floor after all their rivals on the second day for their Balance routine, they knew a clean scorecard would see them crowned champions. The ice-cool trio held their nerve to execute a faultless routine and take the gold medal, to add to their recent North West crown. 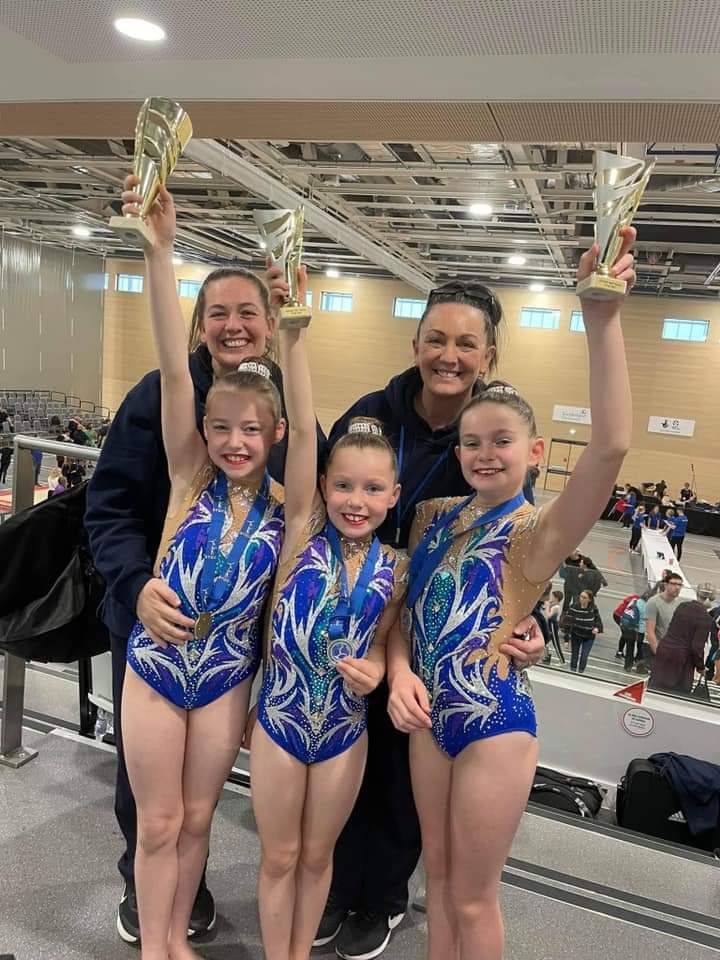 Coach Alison Ellison was delighted with the achievements of her charges and was full of praise. She said: “Congratulations to ALL of our wonderful team of talented gymnasts who never fail to make us proud.

“A huge thank you to our coaching and judging team who have worked so hard over the last few months and have worked tirelessly all weekend. What a team!”

Next up for Hope is the British NDP Finals in Stoke in November, where the three recent North West Champion partnerships will aim to become national champions. We’re sure they’ll do very well! 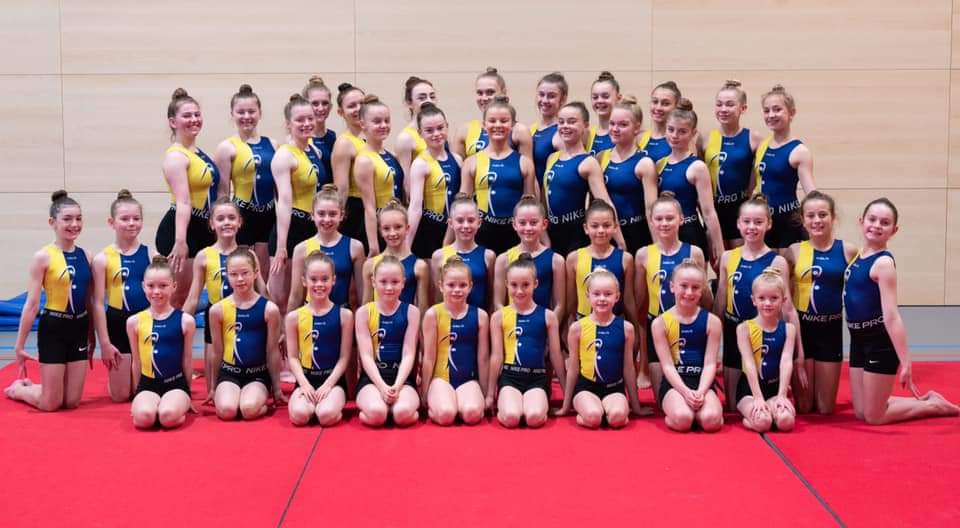 Due to unprecedented demand, Hope Acro have added extra classes for Beginners, and have a limited number of squad places. Email hopeacro@gmail.com for information on starting your child’s gymnastic journey with Hope.