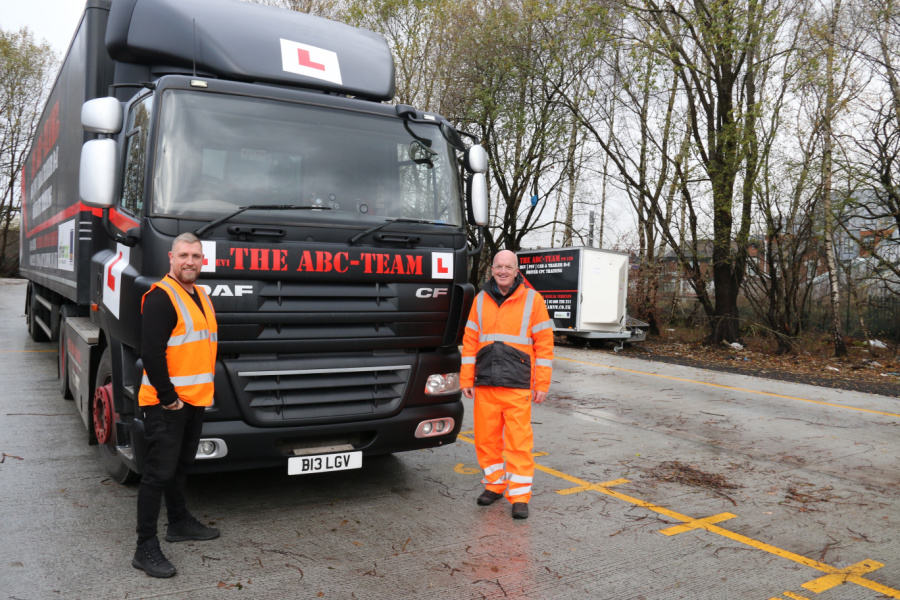 ABC Team NW, based in Newton-le-Willows, are one of the first UK HGV trainers to be offering the new-style test.

Newton firm helps get new HGV drivers on the road

Newton-le-Willows based LGV training firm, ABC Team NW, has been accredited  as one of the UK’s first non-DVSA sites which are authorised to examine the practical elements of the new style lorry driving exams.

Changes came into force last month, meaning drivers can gain their HGV licence in a shorter period of time. It allows new drivers to learn to drive an articulated lorry (Class 1) without having first passed a test in a large rigid lorry (Class 2).

The changes were made in response to an accute shortage of HGV drivers, which has led to shortages in shops and fears that some products will not be available in plentiful supply for Christmas.

It has also opened up opportunities for anyone considering a career change – which is where ABC Team NW come in.

Gareth is driving off to a new career 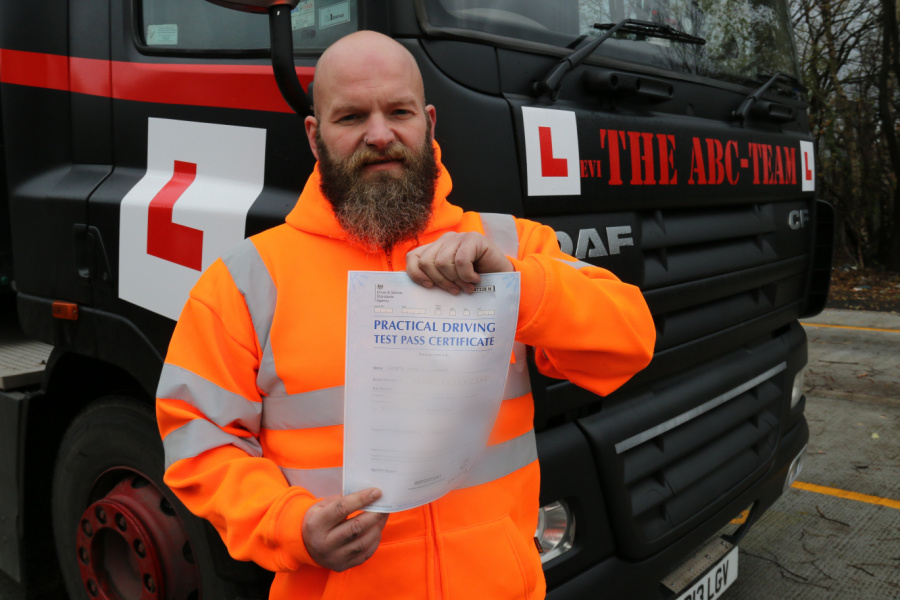 One of the first passes under the new regulations was by Gareth Linaker. From start to finish, he was able to obtain the practical part of his HGV 1 articulated lorry driving licence in just over three weeks.

He said: “I have wanted to be a lorry driver since I left school. Driving a truck is a really important job, virtually everything we have in our homes has been transported in this way. Going straight to my articulated lorry test shows I can drive a larger vehicle.

“The recent DVSA changes are a great way to help get new drivers behind the wheel, but it wasn’t an easy ride, the tests are tough.  It’s a really good career and since Brexit, wages more accurately reflect the level of skill required to do the job.”

Top marks for the instructors, too

Meanwhile, ABC instructors Neil McDonald and Kevin Kristiansen have this week become approved private examiners having gained near perfect marks [94%] in their examiner assessment. This means ABC Team NW is among the first non-DVSA sites authorised to conduct Module 3a assessments, too.

Module 3a is an off-road large vehicle maneuvering exercise. In order to gain a licence to drive an articulated lorry it is accompanied by theory tests, an on-road practical driving test and a CPC element giving drivers a certificate of professional competence.

Chris Morgan, who runs ABC Team NW, says: “The post Brexit turmoil has seen a pressure on truckers like never before. The revised test rules mean we can get more drivers behind the wheel in time for Xmas. With the new process there’s no need for drivers to jump through unnecessary hoops.

“Another recent development is independent test centres being allowed to run tests for LGV drivers. Our centre is now providing this service and is among the first private training providers certified to assess the reversing and uncoupling module of the HGV practical assessment. Across the UK the new measures should result in around 20,000 more test slots a year.”

Chris added: “It has been a painful period but training up our own UK workforce can only be a good thing for the economy. What has been a largely overlooked profession has finally been put centre stage where it belongs.”

Lorry driving is not on the Government list of skilled jobs; meaning qualified EU drivers can’t obtain a visa to work in the UK.

The lack of qualified LGV/HGV drivers has impacted food and fuel supplies in the UK. An ageing workforce, the impact of Brexit and the pandemic are blamed for the shortages. In April 2021 tax changes preventing drivers remaining self-employed further exacerbated the driver shortages. Freelance drivers were forced to become employed under IR35 rules.

Estimates place the driver shortage in the UK at at least 90,000 drivers.