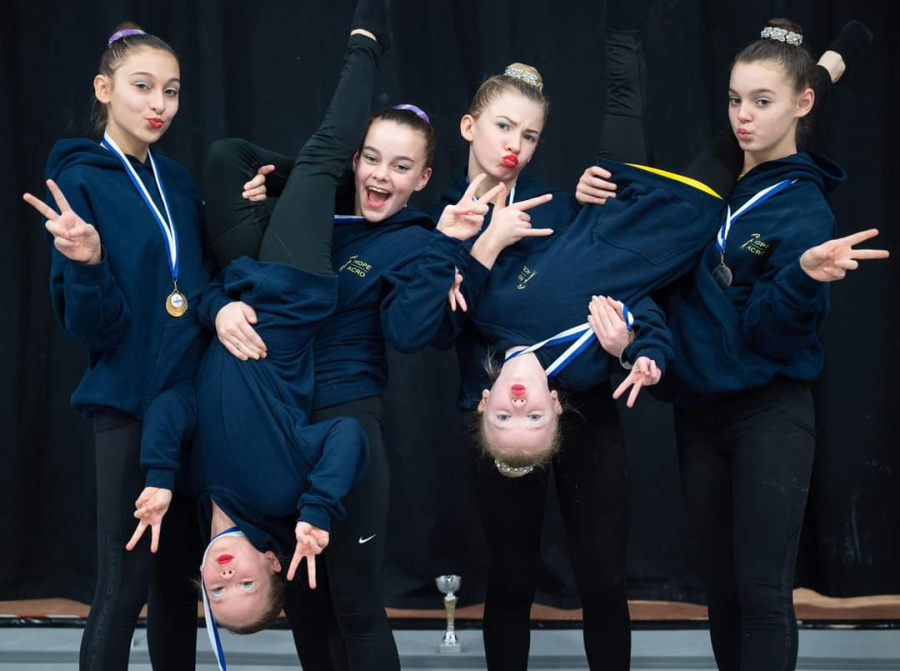 Newton-le-Willows’ Hope Acro travelled south to Sunbury-on-Thames at the weekend to compete in the Spelthorne Acro Cup 2022. The competition, hosted by one of Britain’s premier gymnastics clubs, Spelthorne Gymnastics, is one of the most competitive events in the calendar.

The weekend started in explosive fashion for Hope in the Grade 3 Women’s category. Expectations were high after a recent silver and bronze at the Bristol International.

Isobel Stirrup, Ellie-Rose Fenney and Lola Sitko produced a flawless performance to post a mammoth score of 26.900 which made them firm favourites to take the gold medal. As the competition unfolded it became clear that only the second Hope trio of Jessica Lancaster, Alysha Ward and Libby Williams stood any chance of denying them gold. They lit up the floor with another stylish and polished routine which earned a tremendous score of 26.500, well clear of the rest to claim a superb silver medal to join their clubmates on the podium. 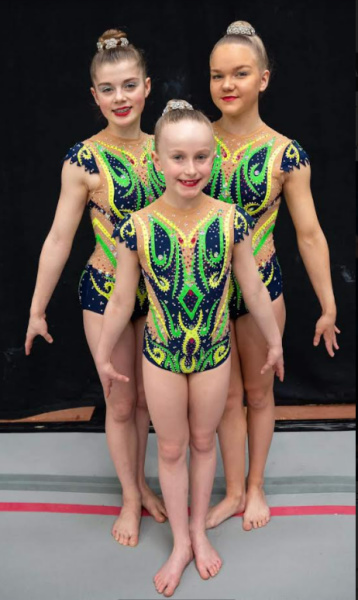 Hope Acro Gymnasts Williams, Cassidy and Kay ready to take to the floor.

The afternoon saw the fiercely contested IDP categories which had an international flavour with visiting squads from Ireland. Charlotte Kerboas, Hannah Guerin and Emma Green were at their very best in the Women’s Groups, with a display of thrilling energy in both routines, but had to settle for the silver medal after a phenomenal performance from the hosts’ trio.

In the IDP Women’s Pair, Millie Ellison and Isla Cook came agonisingly close to a medal, missing out on bronze by 0.01 on the judges scorecards.

Kerboas, Guerin and Green in action in their Dynamic routine.

On Sunday, there was more success for Hope. In the Youth Women’s Groups category, Mia Ellison, Madi Corless and Ava Earley took an early lead as they lit up the floor with their high-octane routine. In a huge category, there was a long wait to see if they could hold on to a medal position, and they were eventually overtaken but were overjoyed to claim the bronze.

Last up was the Grade 4 Women’s Groups. Hope’s trio of Holly Williams, Darcey Cassidy and Rosie Kay, fresh from their recent gold medal at Bristol, once again thrilled the packed arena with their dramatic routine and led the standings in the early stages. In the end, however, they had to settle for the bronze. It was a great achievement in a huge category of twenty-two partnerships. Betty Prescott, Lyla-Grace Bell and Lois Preston also performed beautifully to secure a 6th place finish. 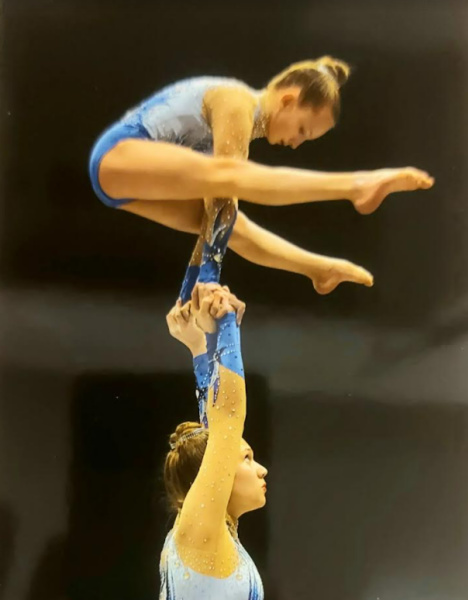 Kerboas, Guerin and Green in their Balance routine.

The weekend ended with a special moment for the club as they were awarded a silver medal in the overall team competition – a fantastic achievement at the highest level of competition in the club’s first year.

Next up for Hope is the North-West Prelims where the gymnasts will aim to earn a place at the British Championships in May.