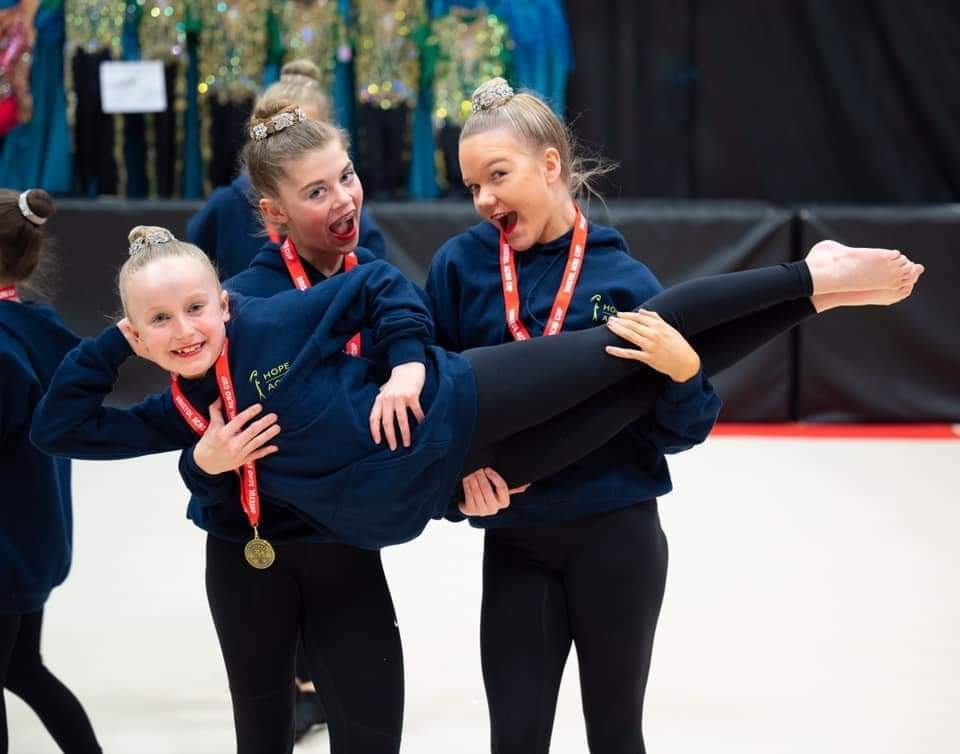 Success for Hope Acro in Bristol

On Saturday, 5 February, 2022, Hope dominated the Grade 4 Women’s Group category as they claimed both gold and silver medals. In a hugely competitive field of twenty-eight trios, two Hope partnerships took to the floor towards the end of the competition. With the top three setting impressive scores, they needed strong showings to get themselves amongst the medals.

Under enormous pressure, a faultless routine from Betty Prescott, Lyla-Grace Bell and Lois Preston saw them awarded a score of 26.150 which was enough to see them overtake their rivals and top the standings. Moments later, it was the turn of the second Hope Acro partnership of Holly Williams, Darcey Cassidy and Rosie Kay to step into the packed arena. A stunning display of poise and dynamism led to a nervous wait for the judges’ scores. After a tense few moments, the screens confirmed that they had pipped their clubmates to the gold medal with a score of 26.550.

There was further success in the Grade 2 Women’s Group with the ultra-consistent British Grade 2 champions Eva Barron, Eva Booth and Daisy Kay. An impeccable routine saw the Grade 2 British Champions take the silver medal, missing out on another gold by the tightest of margins, losing out by an agonising 0.05 on the judges’ cards. It was a great day in particular for the Kay family after Daisy’s sister Rosie’s gold earlier in the day.

In the Grade 2 Women’s Pairs, Hattie Lloyd and Alice Pownall claimed an impressive bronze medal, despite performing a new routine competitively for the first time with only a week of practice in training.

After a successful Saturday, Sunday brought another rush of medals. The Grade 3 Women’s Group category saw thirty-three partnerships fight it out for a podium place. Early in the competition, Jessica Lancaster, Alysha Ward and Libby Williams produced the performance of their lives to score 26.600 and take second place, giving themselves a great chance of a medal in the final reckoning. In second place they stayed and they were overjoyed when in the final routine of the day, they were joined on the podium after a beautiful routine of grace and poise from Grade 3 British champions Isobel Stirrup, Ellie-Rose Fenney and Lola Sitko whose score of 26.500 was enough to to take the bronze medal. 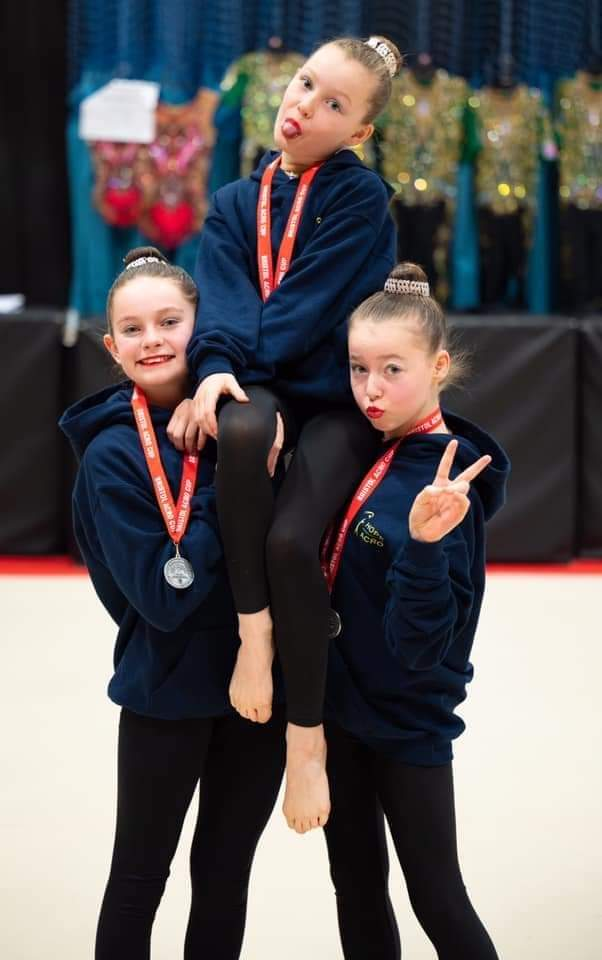 The weekend didn’t end without further inspirational success for Hope. Jessica Lancaster, having already secured a silver medal, took her place as a stand-in for Annabelle White’s regular partner, who had succumbed to injury, in the Grade 3 Women’s Pair. Despite their limited time together, the pair delighted the onlooking Hope contingent in the packed arena by earning a superb silver medal.