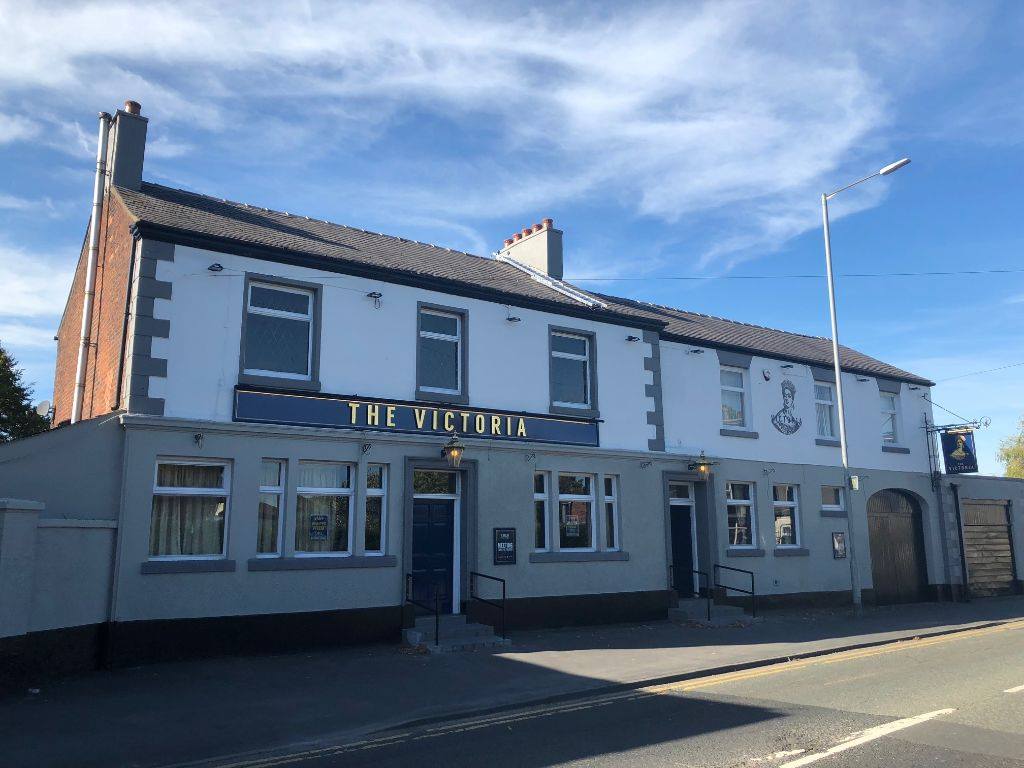 Congratulations to The Victoria – officially Pub Hero of the Year!

Newton-le-Willows own Victoria pub is celebrating after being named Pub Hero of the Year in the Great British Pub Awards.

The pub, on Wargrave Road, was recognised for the key role it played in supporting the community during the lockdown.

Whilst the pub was closed, Manager Katherine O’Neill was determined to put her time, and the pub’s facilities, to good use. After being approached by local councillor, Steve Gomez-Asporon, she agreed to allow the pub’s fridges and freezer to be used to help store food donations for those who were vulnerable and shielding due to Covid-19.

With help from local volunteers, the Victoria became a local food bank hub, taking in donated iems and making up hampers to be delivered to families in need. At the height of the lockdown, they were helping to feed 150 households a week and in total, alongside Newton Helping Hands, made up 40,000 meals. In all, more than 12 tonnes of food was donated to local people from the Victoria.

The pub was also at the centre of many community activities during lockdown, including delivering 2,500 Easter Eggs to every school-aged child in the town, they set up and organised a scarecrow trail, judged by comedian Johnny Vegas. The Victoria even acted as the venue for a school uniform bank to support families struggling with the costs of back to school.

Being named Pub Hero of the Year comes with a £10,000 prize to go towards local buisness improvements, community projects and charities.

Congratulations to the Victoria… and all the local heroes who gave their time & effort to help others.

Could adoption be right for you?