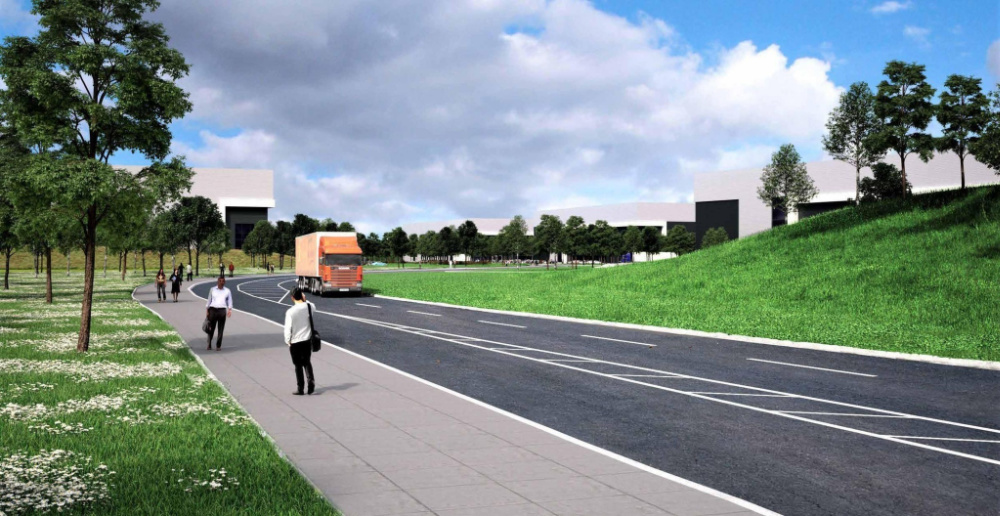 How the Parkside Link Road in Newton-le-Willows will look

Work to construct the new Parkside Link Road – seen as the “key” to unlocking the potential of the Parkside development in Newton-le-Willows, is now underway.

The road will serve this ambitious new development, and help reduce the impact on the local road network and protect the local environment.

Work began on site on Monday, 24 January 2022, and when complete the road will offer direct access from Junction 22 of the M6 motorway into the former Parkside Colliery site.

About the Parkside Link road project

St Helens Borough Council has appointed contractor Balfour Beatty to build the link road, which is designed to carry traffic generated by the site’s occupiers efficiently to the national road network and away from local highways.

The road is critical to unlocking the full economic potential of the former colliery site,which received planning approval from Secretary of State Michael Gove in November 2021 following a public inquiry earlier in the year.

Cllr Andy Bowden, St Helens Borough Council’s Cabinet Member for Environment and Transport, said: The Parkside Link Road is one of the biggest infrastructure projects our borough and the region has seen in many years and will provide a huge boost to development while reducing the impact on our local road networks.

“This project shows that we are determined to unlock the huge potential of the wider site which has lay derelict for too long – bringing much needed jobs to the area – and capitalise on the site’s unique rail freight positioning to encourage sustainable industry.”

“The link road is the logical and efficient route in and out of the site and is designed to take pressure off the A49 and local junctions when the site is fully operational,” said John Downes, chairman of Parkside Regeneration and the Chief Executive of Langtree.

What to expect now

You’ll begin to see activity within the former colliery site boundary, with contractors mobilising site compounds and beginning some of the initial consented site clearance works.  Access will be via the former main colliery entrance on the A49 Winwick Road, with traffic movements and working times restricted in line with the planning permission.

The road will service the new employment space that is proposed on the former Parkside Colliery site, with the first phase providing up to 1 million square feet, creating an anticipated 457 jobs during the construction phase and up to 1,300 jobs when fully occupied.

Extensive landscaping and tree planting also forms part of the wider works for the link road.

Where can I get more information about the Parkside development?

A new web site www.thisisparkside.co.uk has been launched which will carry regular updates on construction activity and programming.

Local councillors will be informed about progress so that they can keep constituents up to date, with nearby residents receiving a leaflet about the proposed works which is scheduled to last until at least the end of 2023.